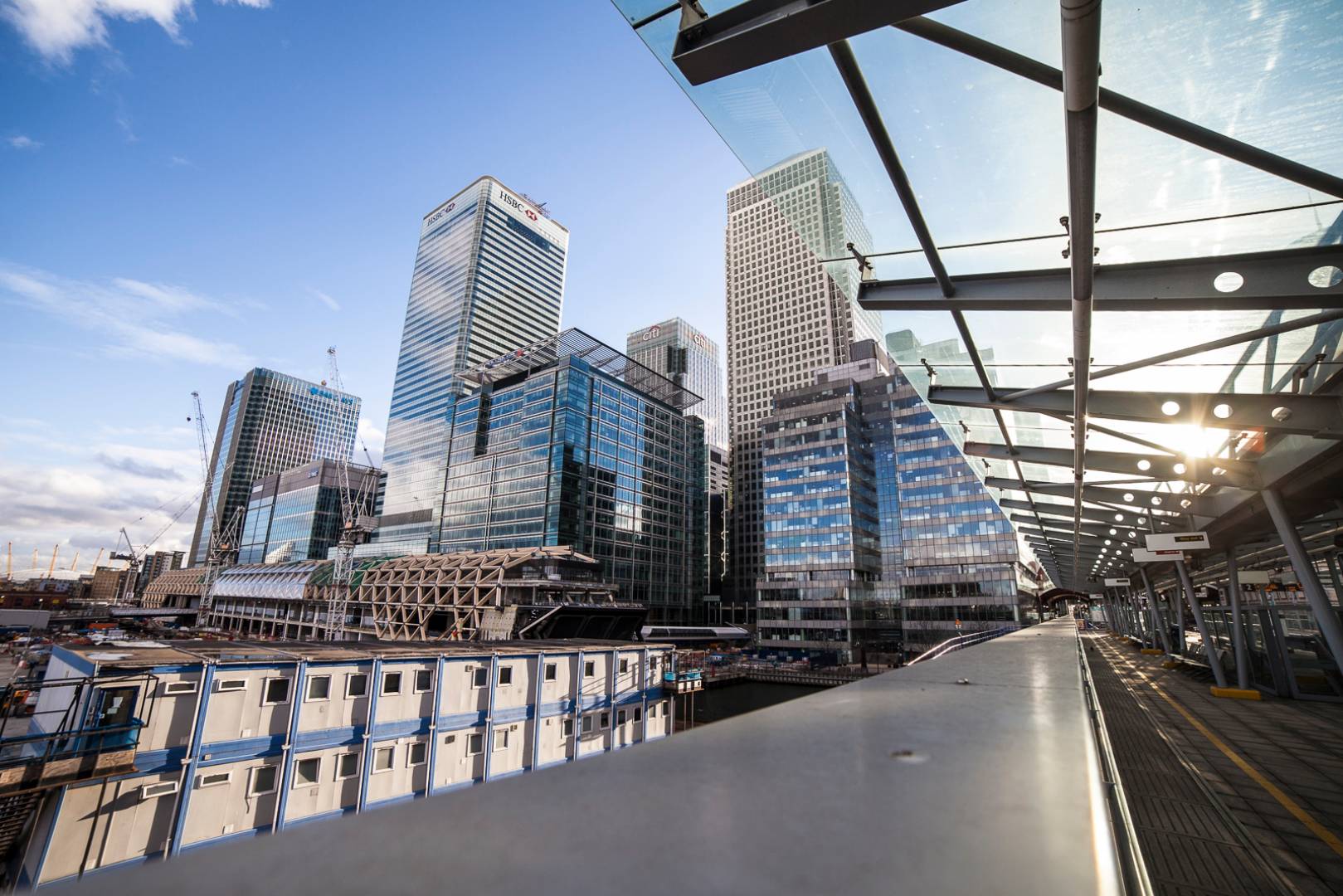 Canary Wharf will be one of the largest Crossrail stations. Like the nearby Canary Wharf Tube station, the new Crossrail station will be built in dock water area, in this case the North Dock of West India Quay. The station and proposed retail and park areas will be six storeys high; approximately the size of One Canada Square laid on its side.

Retail areas are planned for four of the six storeys along with a landscaped park, restaurant and community facility on the top floor. The station will be covered by an elegant, semi open-air timber lattice roof allowing views out over the dock, Canary Wharf and beyond.

The station development will provide a link between Canary Wharf and Poplar, currently severed by the North Dock. It also includes links with the Canary Wharf Estate, via Adam’s Place and the Jubilee line and DLR stations.

The station box has been designed and constructed on behalf of Crossrail by Canary Wharf Contractors Limited, a wholly owned subsidiary of Canary Wharf Group plc. It is being built for a fixed price of £500m, of which CWG is contributing £150m.

The station box was handed over to Crossrail in May 2012, ready for the arrival of the eastern tunnel boring machines.  Elizabeth arrived at the end of May 2013 and Victoria followed a few weeks later.

Canary Wharf contractors are continuing with the 'above water' development.  When works are completed the remainder of the site will be handed back to Canary Wharf Group to enable development of office space at North Quay, which already has planning permission.

The oversite development includes plans for 100,000 square feet of retail space and a roof-top park and community facility, semi-covered by an elegant timber lattice roof. The proposed roof will be made of translucent materials, letting the local community see, and encouraging them to visit, the new green space, shops, restaurants and facilities within.

The combined station and oversite development has been likened to a ship moored in the dock, reflecting Canary Wharf’s past as the centre for global maritime commerce and its future, better integrated with the local community and the rest of London.

Access from Canary Wharf at ground level will be via bridge links developed as part of the station development. From North Quay ground level access will be completed with the construction of the North Quay development. This will enable a direct link to the existing Aspen Way footbridge and from there to the DLR station and Poplar High Street.

The Station was designed in close consultation with the local community, London Borough of Tower Hamlets and CABE. Architectural and engineering firms involved in the design of the combined station/retail development include: